What we hope Keihanshin to increase the shareholder
value as a shareholder are:
I. Improve Corporate Governance
II. Realize the potential value of real estate owned by the Company (e.g. by creating a REIT)

The valuation of Keihanshin Building is extremely low. In general, unrealized gains on the leasing properties are not being reflected on the balance sheet. Share price can be evaluated using the disclosed net assets per share (hereinafter referred to as “BV-BPS”) plus unrealized gains per share after tax※ (hereinafter referred to as “MV-BPS”). For Keihanshin Building the MV-BPS is calculated※※ as per below. 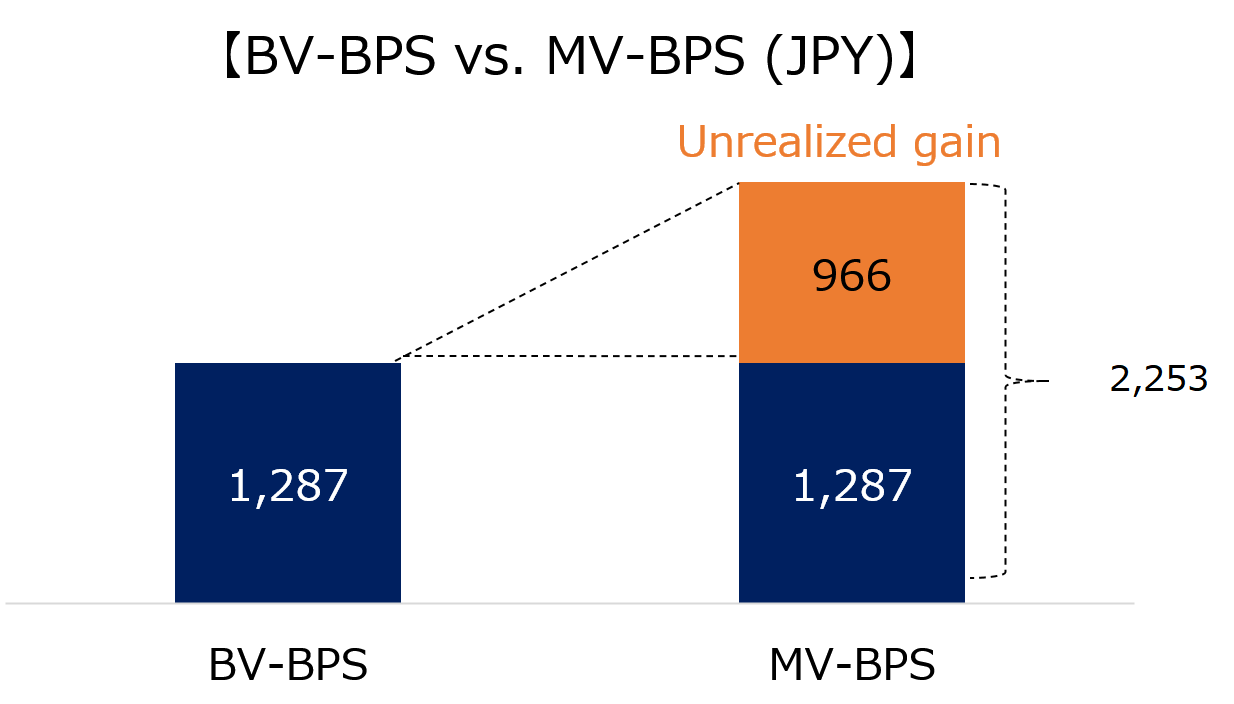 
Based on the latest company disclosures, the MV-BPS of Keihanshin Building is ¥2,253 (¥2,235 written in our shareholder proposal was based on previous year number). Moreover, we believe the market value may be calculated conservatively.
If there is an unrealized gain (i.e. MV-BPS is larger than the BV-BPS), the PBR obtained by dividing the stock price by the MV-BPS (hereinafter referred to as the “MV-PBR”) is less than the book value PBR obtained by using BV-BPS. The MV-PBR of Keihanshin Building is 0.60 times which is far lower than its book value PBR of 1.05 times (as of 14th August 2020).

Information about
our Shareholder Proposal in 2020 here.
Tender Offer here.